3 Ways To Empower Your Improv

Do you ever get discouraged in your improv and want to quit? Have you tried out for a team and not made it, or watched as other people from your level move up and you don’t? If so, you’re not alone. I’ve felt like giving up so many times throughout the years, I can’t even count.

But lately, I’ve been realizing instead of focusing on what I’m not getting, I need to focus on what I like to do. Once I do that, I’ll be passionate and excited about improv again, and less likely to throw in the towel.

Here are my top 3 tips for what you can do to empower your improv:

1. Do the improv you like and stop judging the rest

I’ve said it before and I’ll say it again: There is no right way to improvise.

I learned this lesson again recently when I was out in LA about to teach at Miles Stroth’s workshop. I woke up that morning and all I could think was, “I’m not the UCB, I’m not IO, I’m not Miles. How am I going to adapt to all of those popular LA styles of improv in this class?”

The thing is, I wasn’t. If I even tried to, I’d be an even bigger fraud than I already think I am. After calling my friend, Dan, who talked me off the ledge and said “The students who signed up for your workshop signed up to get you, not what they already get in LA.”

Oh, how quickly I forget the lesson I teach in my improv classes: “You are enough.”

Today, more than ever, there are not just two flavors of improv. There are close to 31 flavors, something for everyone. Sometimes we squabble over the different styles, and get caught up in whose method is right or wrong or what Del really meant that we lose sight of the fact that they’re all good ways. The only thing that matters is doing the style that you have fun doing. That’s it. So if you like the UCB style, do it. If you like to play slower like TJ and Dave, do it. If you like musical improv or short form or long form, do it. As long as you love doing it, do it, and stop judging the rest, because who cares?

2. Don’t let anyone or any institution say you can’t do it

I have seen great improvisers quit because they didn’t make a team, or their team was broken up, or they didn’t get hired by certain theater. If they knew it or not, they had given all their power to one place. They were looking for permission from one place, and when that place said no, they just gave up.

I have been on teams at IO that were broken up, I was in show called Jazz Freddy and saw most of my friends get hired by Second City. I have taught at institutions that wanted to renegotiate my terms and I chose to leave. Every time one of these blows happened, I was hurt and angry and felt sorry for myself, but after I got over the pain and embarrassment, those moments not only turned into something else good, but they turned into something bigger. We said it in our book, Improvising Better, and I believe it even more now after coming back from LA: Improv is bigger than all the institutions combined.

I know it’s hard, especially if you are as co-dependent as I am. When I was interviewing Matt Besser last week for Improv Nerd, a student said some people were being allowed to move up the level system at UCB who weren’t very good. What I would like to say to her today is “Focus on yourself.” It’s not your job to change the institution. Who is in the class is none of your business. When you’re thinking “why are they in the class?,” you are wasting your energy and taking away from your learning. Let the UCB worry about who is in the class. That’s why you’re paying them all that money, so you can be freed up to learn and have fun. If you need to say something to the institution to let your resentment go, I support you, but remember that things might not change. Regardless of what you’re focusing on — from the type of students in your class, to the teacher, to how you think the theater handles business — the result will be the same: Your improv will suffer. If you’re looking for drama, you won’t have to look too hard to find it. Just try to use that drama on stage instead of off. 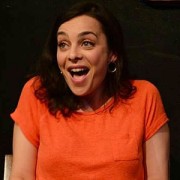 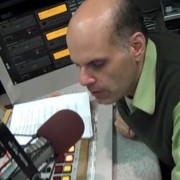 Go Ahead & Criticize Me 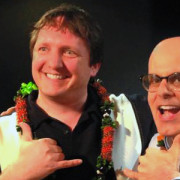 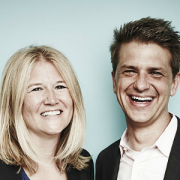 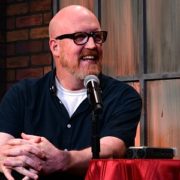 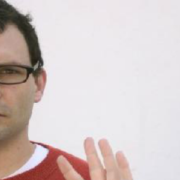