Being Happy Where You're At | Jimmy Carrane

Great improvisers are in the moment.

They have no need for the future or the past since they know it will not serve them.

They do not have an idea of how the scene will end.

They thrive on the uncertainty.

They are happy where they’re at.

This is the hardest thing for me to do, especially since I suffer from that disease of “what’s next?” It’s an affliction that saps my energy, robs me of my joy and steals my creativity. It floods my mind with obsessive thoughts about what I need to do to take my career to the next level. It’s relentless until there’s no joy left in what I’m doing.

Joy is the lubricant that keeps all the creative gears moving smoothly. Without it, life is a grind, and it’s a matter of time before my improv is a grind too.

When I was in my 20s and 30s, my “what’s next” disease always cropped up whenever Second City would have auditions for the Touring Company. At the time, I was performing the Harold a couple of times a week at iO Chicago. As soon as I got a touring company audition at Second City, my improv at iO would suck.

I was in my “what’s next” disease. I wanted to get into Second City so badly, that everything suffered, especially the thing that I needed most to get hired — my improv.

As you can imagine, I always tanked my auditions, and worse, I am sure that I missed out on lots of other great opportunities that were right in front of me at the time because I was so focused on the “one” thing that I thought was necessary to get ahead. (That’s another common side effect of the “what’s next” disease.)

I have seen this in my students’ lives as well. Last summer, for example, I talked to a former student who told me that one of his goals was to get an agent so he could audition for commercials and TV shows that are shot in Chicago.

When you are starting out and you don’t have many credits, getting an agent can be challenging. You send out mailers, hit up your improv friends to talk to their agents, and get headshots — all in the hopes you’ll get representation.

Talking to this former student, I recognized he was suffering from a little of the “what’s next?” disease, and since he had a pretty packed schedule of shows, we agreed that he should let go of trying to hustle for an agent for the time being.

I knew that if he just focused on doing what was fun and what was right in front of him, instead of “trying” to get somewhere, things would work out on their own.

And guess what? Last week, when we talked on the phone, an agent came to one of his improv shows and wants him to come in for an audition for representation.

I need to hear these kind of stories because they help remind me that if you’re doing what is right in front of you and you’re happy where you’re at, the Universe has a way of just dropping things in your lap. And those usually turn out to be the best experiences.

Want to try improv for the first time, or experience a new approach? Don’t miss Jimmy’s Intro to the Art of Slow Comedy Workshop on Feb. 8. Only $49 if you sign up by Feb. 1! 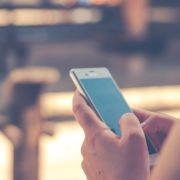 5 Ways to Practice Being in the Moment 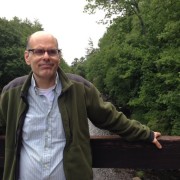 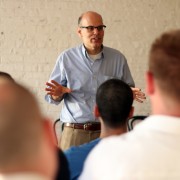 Warning: Resentments are toxic to your career 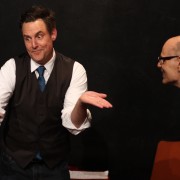 3 Improv Principles I Use in My Life 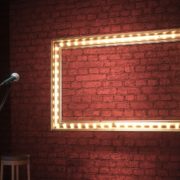 What should I do if I don’t like my improv group?
Scroll to top
Menu