How to Have Better Bad Shows | Jimmy Carrane

Is your goal in improv to never have a bad show, scene, class or rehearsal? If so you are doomed. Get out while you can.

Improvising is not an exact science. You are never going to master it. That’s why some of us are in it for life.

What you need to be striving for is always challenging yourself to leave your comfort zone. That’s where the learning will be the fastest.

How will you know you are outside your comfort zone, you ask? You will feel uncomfortable, frustrated and out of control.

I have seen this hundreds of times: A student or even a whole class leaves a class frustrated, feeling like they’re not very good and never going to “get it,” and then they show up the next week and they’re different, like they’ve passed a kidney stone, and they knock it out of the park. What happens between classes, I don’t know, but I think it’s the classes where they feel frustrated are actually the ones where they’re learning the most.

I saw it last night in my Art of Slow Comedy class. A couple of my students were really brave and shared with the class the frustrations they were having with their improvising. One guy thought he was not getting it, and another woman said she was more comfortable with more structure. Both were frustrated.

I am proud they spoke up. It takes courage to not sit on your feelings and instead put a voice to them, and if they knew it or not, the students were helping the class tremendously. The class gave them feedback, although sometimes students don’t even need feedback, they just need to speak about how they’re feeling.

I shared with the class that I have done a thousand bad scenes to get where I am today, and you know what? I still have thousands of bad shows left in me. That is humbling and discouraging at the same time. For me it is a fact. I’ve performed with a lot of groups over the years and we have had good shows and bad shows. The better the team, the fewer bad shows we had, but we still had bad shows.

I was on Carl and The Passions at IO-Chicago with some of the best improvisers around, and we had a running joke that when Shad Kunkle, Bill Boehler and I would come out and do a scene together, it would go nowhere. We called it the Bermuda Triangle of Improv. You would think with the years that we all had been doing it, we would be killing it every night. Not true. Yes, we had killer shows, shows that were so great you had a high for days afterwards, but we still had bad shows, bad rehearsals and bad scenes.

I believe it was Mick Napier who said that the goal of improv is not to be perfect, it’s just to increase your percentage of your success rate. Nobody is going to have a 100 percent success rate. Nobody is going to be the perfect improviser. It’s like saying you’re going to 1000% percent hitter in baseball. It’s never happened because the game isn’t designed that way. Same with improvising.

So save yourself some time and misery and accept the bad shows, rehearsals and classes as part of the process. Nobody understands the pain of that more than I do. I’ve written about how I often want to kill myself after a bad show. That has not changed. But in my despair, I try to remember “If you want to do something well, you need to do it poorly first.”

So if you’re goal has always been to perfect improv, my suggestion is to throw that out and get a new goal. If you want to, you can use mine: To have better bad shows. 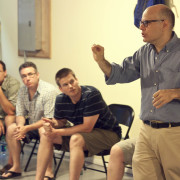 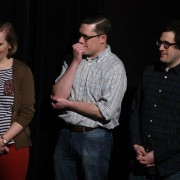 Glued to the Back Line in Improv Scenes 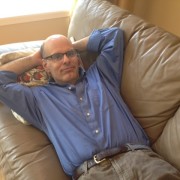 There is no blog this week 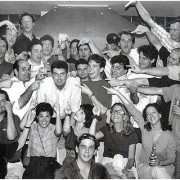 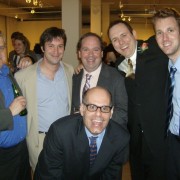 Let's start with, you're talented...
3 replies

86: The Reckoning
Scroll to top
Menu