One of the best acting tips I ever got was from Del Close, one of my early improv teachers, who used to say “follow the fear.” How I interpret that when I am on stage improvising is if you’re standing in the back line doing a Harold, Montage or an Armando and you feel afraid to go out there and edit or start a scene, then use that fear as a signal that you need to go out there. Most of the time, you end up doing a better scene than when you wait to feel comfortable to go out there. What I have learned is fear is an emotion — it is energy, and that energy will infuse the scene.

I have discovered another emotion that I use as a signal and that is shame. Shame is that horrible feeling you have after a so-called bad show where you want to crawl into hole and die. The messages in your head go something like this: “I am piece of shit,” “Why I am doing this?” “I am loser,” “I am quitting,” “I need to kill myself,” or any combination. I have been plagued with shame my whole life, and nothing intensifies this feeling more than performing. It can feel like a public flogging. Though shame is uncomfortable, like fear it can be used as signal, both on and off stage.

This happened to me the other night when I was recording an episode of Improv Nerd, a comedy podcast and live show. Both my parents and my future in-laws were in the audience, and we had just come from dinner where the parents had met each other for the first time.

At the show, I started with a short monologue about my fear of what my in-laws think of me. “I am old, bald and I am not that funny….”

If that wasn’t enough, during the interview portion of the show I said: “I come from a dysfunctional family. Isn’t that right Mom and Dad?”

My Dad: “I thought we were perfect.”

Me: “So there was a lot of denial in my house.”

Suddenly, I was filled with shame and the messages filled my head — and that was only in the first five minutes of a 60-minute show.

By some miracle, I got through the show, but afterwards I avoided my future in-laws. Then I saw my parents cornering my guest, Matt Hovde, and my Mom apologized, saying we were “just a little dysfunctional.”

Now I really wanted to kill myself. I felt vulnerable, like I had done something wrong. I wish I could tell you the feeling went away immediately as Lauren and I drove home from Second City, but it did not. I had a lousy night’s sleep and woke up the next morning having to eat breakfast with my future in-laws at some swanky downtown hotel. Though I was still hung over from the shame from the night before, and wearing two different kind of shoes, I felt more comfortable and confident around Lauren’s parents, where usually I’m scared and on edge. Something had changed. Could it have been the monologue from the night before?

I had taken a risk, and it  was paying off in my life.

After talking to people about it, I found some relief. I learned that when I feel shame, I have taken a risk. I have pushed myself and my art in a very honest direction, outside of my comfort zone.

Shame is like fear. It’s not good or bad — it’s simply an emotion. If you feel it on stage, use it as a signal that you’re being vulnerable and heading in the right direction. So I if you are going to follow fear, you might as well as embrace the shame, too. Know that you didn’t do anything wrong; actually, you did something spectacular. 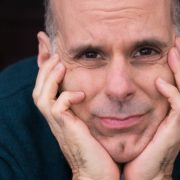 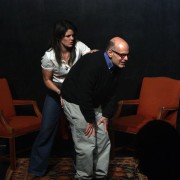 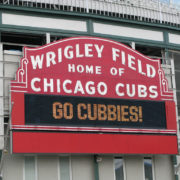 I need your help with my shame
2 replies