The 7 ingredients of a perfect improv scene - Jimmy Carrane 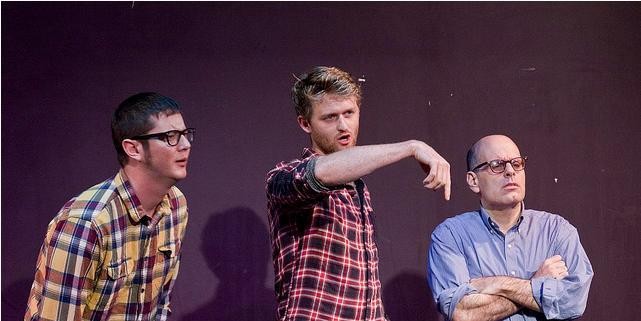 Improvisers are always on the quest for a perfect improv scene. Is such a thing even possible? If so, what would such a scene consist of? In my endless crusade to remove all the fun from improv and analyze it in a painfully granular manner, (I did direct Improv Nerd’s live shows for five years, after all). I broke down every brilliant scene I’ve witnessed and came up with this list — the seven ingredients of the perfect scene.

After analyzing this, I came up with conclusion: While the perfect improv scene would utilize all seven of these things, you only need one of them for your scene to be a success.

So, if you’re in a scene and don’t know what to do, try leaning into one of these things to bring your scene to life. Beneath each element of a great scene, I’ve also included where you can go watch this type of play done well.

Looking to try improv for the first time, or to try a new approach? There are still a few spots left in Jimmy’s Art of Slow Comedy Level 1 class, starting Sept. 18!

3 Ways to Improve Your Listening Skills