The benefits of slowing your improv down - Jimmy Carrane

As I mentioned last week, if you are improvising today, you’re probably doing it online — on Zoom. And what I am finding is that slowing down your improv works especially well on Zoom.

Because improvising on Zoom is more like watching a film or TV show than a theater performance, gives you the opportunity to play the quiet moments more. Also, because of the technology, there is a slight delay when you speak, which automatically gives you an opportunity to take your time and absorb what your partner just said. When players ignore the delay they end up talking over the other players and getting lost in the scene.

So, this week, I am going to rerun this blog about slowing your improv down, and the principles I’ve outlined below apply to doing improv online as well as in person.

A lot of improvisers think that the only way to be funny is to play fast. But I’ve actually found that there are a lot of benefits to slowing your improv down.

I first learned how to play slow improv from Del Close at the Improv Olympic back in the ‘80s when he was teaching us The Harold. I fell in love with that style of improv, because I saw how it helped make my improv more honest. Over the years, I’ve seen long form improv speed up over the year, but I believe there’s still room to play this way. (I think TJ and Dave are masters of it.)

So when people ask me, “What is slow comedy?” I tell them it’s about being really patient on stage. It’s about really listening and focusing on what your partner is saying, and not saying. When you do that, you are really acting, and your work becomes more honest. Plus, I’ve found it makes improvising a lot easier.

Here are the three main benefits from slowing your improv down:

Hurry!! Only a few days left to sign up for Jimmy’s Art of Slow Comedy Summer Intensive Aug. 1-2! 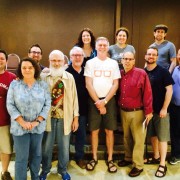 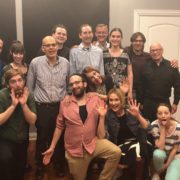 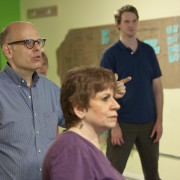 Why it's good to have a small improv class

5 Improv Teachers Who Influenced Me
0 replies

What should I do if I don’t like my improv group?

How our life affects our improv
Scroll to top
Menu