If you’re an improviser who thinks you don’t need to really know anything about acting, I have news for you: You do.

While most actors also train in improv, many improvisers are hesitant to try their hand at acting classes. The problem is, when you’re finally cast in a sketch show or other (semi) rehearsed performance, if you’ve never taken an acting class, you may be embarrassed to discover that you have zero clue what your director is talking about.

All improv/sketch/comedy directors use the same theatrical terminology as every other stage director. So you need to know the terminology in order to follow their instructions. While some of these terms may not apply to every show you rehearse for, it’s good to speak the same language as all performers.

To help, we’ve have come up with a list of some of the basic theater terms every improviser should know:

Blocking: Any rehearsed movement you do onstage other than dance choreography. This means everything from entrances/exits to when you pick up an object (real or imaginary).

Stage Left: When you’re standing on stage and facing the audience, this’ll be your left.

House Right: I hope to God you get it by now.

Upstage: Walk away from the front edge of the stage. Congratulations — you’re upstage.

Downstage: About face, soldier. Downstage is the opposite of upstage… big shocker.

Center stage: Smack in the center of the stage. Another no-brainer.

Down left/right, Up left/right: Diagonal movements across the stage. For example, “Down left” would just be downstage/stage left.

Cross: A blocking direction that’s just walking (with some kind of character motivation). In a blocking rehearsal, your director may tell you to “cross up right.” So you would walk towards your 5 o’clock.

Tech: A tech rehearsal incorporates the technical elements of the show. There are different kinds of tech rehearsals for different kinds of things. “Dry tech,” for example, doesn’t require the performers to be there. A “cue to cue” or “Q2Q,” however, requires the performers to walk through the show purely for the needs of the designers and director.

Offbook: This is where you have to ditch your script and have your lines memorized. Tip: When you director tells you that you need to be offbook by a certain date, you’d better be offbook, for your own sake.

Call for line: Again, it’s what it sounds like. But many improvisers don’t know how to do it properly. A professional performer freezes, calls out “Line”, without breaking character, and then moves on.

Read-Thru: A type of rehearsal where you blaze through the dialogue or script. You don’t need to act, you just need to get the words out of your mouth correctly.

Call time: This is the latest time you’re supposed to show up to the stage. If your “call” is at 7 p.m., you should probably be there around 6:45 p.m.

Project: This means to talk louder. “Projecting” is when you increase your volume by speaking from your diaphragm, like a singer. It doesn’t mean raising the pitch of your voice or straining your throat.

Some names of relevant roles that you should know:

Technical director (TD): Oversees designers and all safety and works with and advises the director.

Props crew: Sets the props where they need to be. Communicate with the props crew about what props you need, when/where, etc.

Usher: The people who actually take the tickets and seat the audience.

Are you an improviser who is looking to improve your acting skills? Then you’ll love Jimmy Carrane’s Art of Slow Comedy Class. There are still a few spots available in his next Level 1 class, starting Sept. 23. Sign up today!

(Photo by David Boyll. Photo courtesy of Un-Scripted Theater Company,  which performs The Great Bollywood Puppet Extravaganza at the Gorilla Tango Theater as part of the 2009 Chicago Improv Festival.) 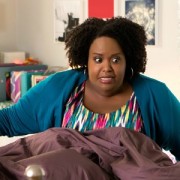 It’s ok to be jealous
Scroll to top
Menu