If you are anything like me and you suffer any kind of disappointment in your improv career, you want to quit. Immediately. Change your phone number. Move out of state. Go into the witness protection program.

I am there right now. I suffered a big blow to my ego last week, and now I am struggling to keep it together — teetering between shame and wanting to sleep. I want to completely give up on improv: stop performing, stop teaching, stop doing Improv Nerd, stop writing this stupid blog because all I can think is “What is the point?”

And there is nothing more that I’d rather do right now than to blame — blame a person, a place, an institution or whomever for my problems and make them the reason that I throw it all away.

I see this happen all the time with improvisers here in Chicago, really talented improvisers who don’t get hired at Second City or don’t make a team, or their team gets broken up at iO and they end up quitting. And when you run into them a few years later at Starbucks they have a vacant look in their eyes and tell you the same sad story: “Second City didn’t hire me” or “Charna broke up our team.”

And the story always ends the same: They don’t improvise anymore, and instead they now sell copiers or work for a commercial real estate office out by O’Hare Airport. They’re miserable because they quit their dreams, and worst of all, they’re still bitter because all this time they’ve been blaming it on someone else.

It was always the same. I quit with a resentment because I would rather be a victim than be a success.

I didn’t realize it, but by quitting, I could stay small, and by blaming others, I could avoid taking responsibility for my own life.

Today, I’m beginning to realize that all of the times I quit something, it was never someone else’s fault. Same thing when I didn’t get hired or my team got broken up. It was me who was stopping myself, not any person, place or institution. There is a lot of rejection in this business, and we need to learn how to accept rejection and get back up again. That being said I am still struggling with moving forward after my big blow to my ego.

God willing, I am bottoming out on this because I am tired of blaming the Charnas or the Second Cities or anyone else that I can conveniently use as an excuse to call it quits. I am the only person standing in my own way.

I wish I could tell you that knowing this makes it easier to keep going or makes the feelings of wanting to quit less intense, but they’re not. But there is hope.

This morning I yelled at my wonderful and supportive wife, Lauren: “I DO want to push forward, I am just having a hard time!”

And I am, but in the moment I was willing to fight for myself, and it surprised me. I don’t know how I am going to push forward, I really don’t, but I know one thing: I cannot do it alone, and as you know, I will keep you updated on my progress. Thanks for all your support. 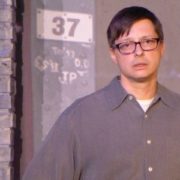 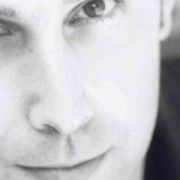 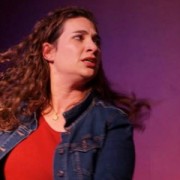 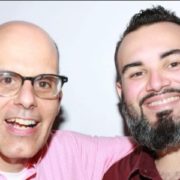 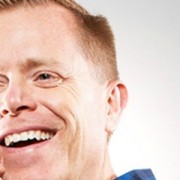 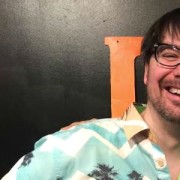 Win a Spot in one of Jimmy Carrane's Improv Classes