Why It's OK to Fail in Improv - Jimmy Carrane

Our goal as artists is to evolve, and the best way to do that is to constantly challenge our way of thinking and our approach. One way effective way to do that is by reading books about improv. The goods ones, and there are a lot of them out there, make you look at things differently.

Rich Baker has written a new book called Improv Made Easier. Rich is a very accomplished improviser and teacher who spent years working in Chicago before moving to Los Angeles. His book is practical and is written in an easy-to-follow style. It is filled with some great tips and exercises to help you become a better improviser. (I even tried one of his tips this weekend).

At the beginning of his book, he talks about the importance of failing in improv. Reading it made me feel better about some of recent failures I’ve had and it helped put things in perspective for me. That is inspiration.

Rich was kind enough to let us run the excerpt on failing from the book as a guest blog. I hope you find it as inspirational as I did.

One of the most important phrases I say as a teacher that I want you to understand before you go any further in this book is “dare to fail.”

Because that’s how you learn.

Many people fear failure. I certainly did. There was a time I felt awful the rest of the class — sometimes the rest of the day or even the rest of the week — when I bombed a scene in front of my teacher and classmates. I remember questioning whether or not I should continue even being an improviser after a bad scene or a bad show. Thankfully I didn’t quit, but I sure could have benefitted from a different perspective on failure.

Now I see failure much differently. I’ve learned that everyone fails. Inventors, writers, politicians, lawyers, athletes, actors and just about every other profession that relies on mastering a set of skills requires failure. Those failures are necessary parts of the process.

The first Harry Potter novel was rejected by twelve publishers before it went on to be one of the biggest pop culture phenomenon in modern times. Michael Jordan was cut from his high school basketball team before eventually becoming the best that ever played the game. Just about everyone who was ever great at anything had to fail hundreds or even thousands of times before finding success.

“There is no innovation and creativity without failure. Period.” — Brené Brown

I need you to redefine the word “fail” in your vocabulary. Failure is not only necessary, but it’s also awesome. It’s a sign that you’re trying and learning. You must fail before you will succeed. You are going to be awkward on stage sometimes. You’ll occasionally (if not often) find yourself in boring, awful scenes. Don’t feel bad about that at all. Embrace it. Love it. It’s a great thing.

Think of every time you get up to improvise as a step forward and remember the Chinese proverb “even the longest journey begins with a single step.” Learning improv is a journey. Many of the steps you take a long the way, especially in the beginning of your journey, are going to be failures. Great. Celebrate those steps. Learn from them. It’s still a step forward.

The more scenes you do, the more you have a chance to learn and grow in the art form.

I probably improvised five thousand scenes before I got to the point where I was consistently good. The number is arbitrary, but just know that there is a number of scenes you will have to get through in order to become good. Some of those scenes will be good, but most likely a large number of them will be awful. Embrace every awful scene and learn from them as you go.

In fact, the mantra “dare to fail” helped me write this book. When I didn’t know how to write something, I just dared to write the worst thing I could. And that got me to writing even when I felt stuck. You might think that since I repeat this so much as a teacher that I wouldn’t need to be reminded, but the truth is, I need constant reminders. The fear of failure was prevalent in my life for so long that if I don’t keep reminding myself I will default back to my old mindset on this. So, there’s no shame in repeating it over and over and over.

It’s one of those lessons that is both incredibly helpful and versatile, but also very simple which in turns makes it easy to forget. That’s why I’ve repeated it so many times and will continue to do so.

I dare you, Improviser, to adopt this phrase as a regular part of your mindset from now on: Dare to fail!

Excerpt from Improv Made Easier, by Rich Baker
Available now on Amazon
$16 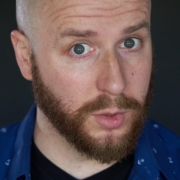 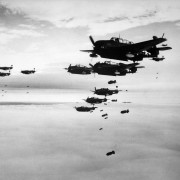 How bombing made me a better improviser 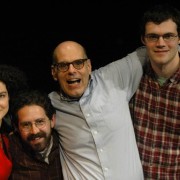 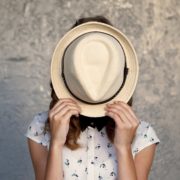 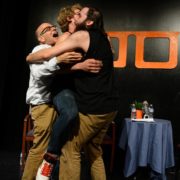 11 Things I’m Grateful For This Year