Why We Have to Keep Learning | Jimmy Carrane

Let me tell you something that drives me nuts. A person does improv for five or six years and starts getting good at, gets on Harold team, maybe two, and he is killing it.

Naturally, he wants more from his the career, which means he would like to get paid. So he saves up enough money to get headshots. Then he gets agent who sends him on a ton of auditions and he sucks at them. He sucks at reading from a script, he sucks at auditioning.

Then one of his smart-ass friends suggests taking an on-camera class and the improviser balks: “I am on a house team at one of the biggest improv theaters in country. I don’t need to take another class.”

He doesn’t know it, but he has just put his film, TV and commercial career on hold. Out of arrogance. Out of pride.

What this really talented improviser doesn’t realize is that cold reading and auditioning is a skill, something that needs to be learned, like improv. By stopping learning, he is killing any chance of taking his career to the next level.

I cannot tell you how many people I have known, including myself, who used to think like this.

This happens in the acting world as well. I have seen accomplished actors come out of the audition room with flop sweat and all the color gone from their face complaining, “Man, that was rough. They asked me to improvise.” Yet, they never take an improv class. Why?

Just like many improvisers, actors often don’t realize that even if they’ve worked in some of the best theaters in town, the credits don’t transfer. Just because you have mastered one medium does not mean that you will automatically master another one. Most likely, it will take less time to learn a new skill because of your prior experience, but it will not happen overnight. Remember you’re learning something related but essentially you are learning something new, and that takes time. Just remember how long it took you to grasp acting or improv.

Several years ago I was in an on-camera class with one of my favorite all-time teachers, Jane Alderman. We had an actor in our class who was in the touring company of Wicked when it was playing for a long run in Chicago. The guy had a big part in it and he was taking an on-camera class on his off night. I knew this guy must be from NY or LA because Chicago actors and improvisers don’t think like that. Even though he was in big touring company of Broadway show, he knew that if he wanted to go into TV and film he had to learn some new skills. He wasn’t arrogant enough to think that his part in Wicked would be enough. He was one of the smart ones.

I have friend out in LA who has been quite successful in commercials, TV and film, and you know what? He is always studying and taking classes and working with an on-camera coach when he gets a big audition. Sometimes when he takes a class he will say, “Do you remember so-and-so who was on that network show for six seasons? That guy is in my scene study class.” I love hearing that because I think most of us think once you are on a national TV show you are done learning.

As actors and improvisers, the only thing we have control over is our ability to keep developing our talents, to keep learning new things. The best way I know how to do that is by taking classes. I not only find it fun, but it’s also a great way to meet people and even network.

I try to take this advice myself. Even though I’m a big-time improv teacher with more than 30 years improvising experience, last year I took a stand-up comedy class. I was by far the oldest person in the class by 20 years. Nobody knew my reputation as an improv teacher. I had a ball. And let me tell you, it had a direct impact on my improvising and my teaching. I can’t tell how it did, it just did.

As you read this, my wish for you is to always be learning something new. 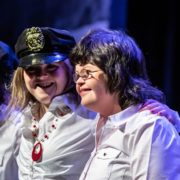 How Improv Helps People with Down Syndrome 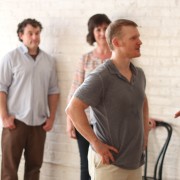 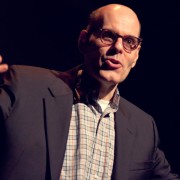 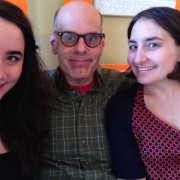 What I'm Thankful For in Improv

Why I Became an Improv Teacher
1 reply

How Improv Workshops Can Help a Corporation Improve